Net neutrality is the principle that Internet service providers should enable access to ALL website content, without favoring or blocking access to particular websites. On December 14, 2017, the Federal Communications Commission voted to end net neutrality, in a move led by FCC Chairman Ajit Pai. The decision is supported by Internet Service Providers (ISPs) such as AT&T, Comcast and Verizon, while Internet giants like Facebook, Google and Netflix, along with consumer advocacy groups, are strongly against deregulation.

What Exactly Is Net Neutrality?

The premise of net neutrality is to keep the Internet open and fair. It’s the guiding principle of the Internet as we know it, preserving our right to browse freely and communicate openly online.

In a nutshell, those in favor of net neutrality believe the Internet serves the greater public good and our Internet experience should not be controlled. Those against it are opposed to the government controlling the Internet like a public utility.

When net neutrality rules went into effect in 2015, it gave the FCC power over Internet providers by determining that broadband service is considered a utility under Title II of the Communications Act. The regulations prohibited: 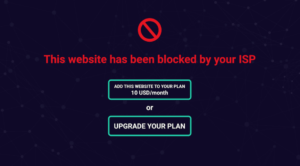 What Does the End of Net Neutrality Actually Mean?

With the repeal of net neutrality rules, ISPs can censor, slow, block or prioritize Internet content. Consumer advocates have warned that ISPs may begin selling the Internet in bundles, much like TV packages, so users who want access to certain sites like Facebook or Netflix may end up paying more for social media or streaming packages. Without rules prohibiting paid prioritization, the fast lane could be occupied by big brands and affluent households who can afford to pay higher rates, while smaller businesses, startups, and basically everyone else would be trudging along in the slow lane.

What Does it Mean for Digital Marketing?

Net neutrality is a hot topic in the digital marketing space. Up until now, the Internet has been a level playing field for marketers and brands, meaning one company’s website content has the same potential to found online as any other. Net neutrality has created a demand for digital marketing services such as SEO, content marketing, social media marketing and PPC, building an $80 billion industry that is intrinsically dependent on a free and equal Internet.

Repealing net neutrality will fundamentally change the way marketers approach digital marketing. For example, if Verizon, who owns Yahoo, directs users to that search engine, digital markers will need to wrap SEO around content to meet Yahoo’s standards. The repeal will also mean casting a wider net around social media networks, which will still have access to reaching large numbers of customers. In order for marketers to stay competitive online, we’ll need to take an even more layered and innovative approach to address issues like SEO, higher online advertising costs, handling slower load speeds and potentially higher bounce rates, and relying more on automated marketing for insight to consumer behavior. Being aware of potential changes is the first step to evolving our online marketing strategies and stay ahead of the game.

The good news is that net neutrality hasn’t been dismantled just yet, and the fight to restore it isn’t over. Big names like Etsy, Shutterstock and Kickstarter have taken the FCC to court over the repeal of net neutrality regulations.The Internet Association, a lobbying group representing tech giants like Google, Amazon and Facebook, is not directly suing the FCC but is filing arguments in other lawsuits against the FCC as an “intervener.” Several states have passed laws establishing net neutrality as the status quo, and more than half of U.S. states are considering similar legislation.